The final debate of the 2016 United States presidential election debates sent the team at The Lighting & Sound Co to Las Vegas, Nevada, to set up stage lighting for TV interviews. The final presidential debate took place at the University of Nevada Las Vegas’s Thomas and Mack Center.  This arena holds nearly 17,000 people, and we saw close to that many lighting technicians, stagehands, and riggers working on setup for the debate in the days beforehand. 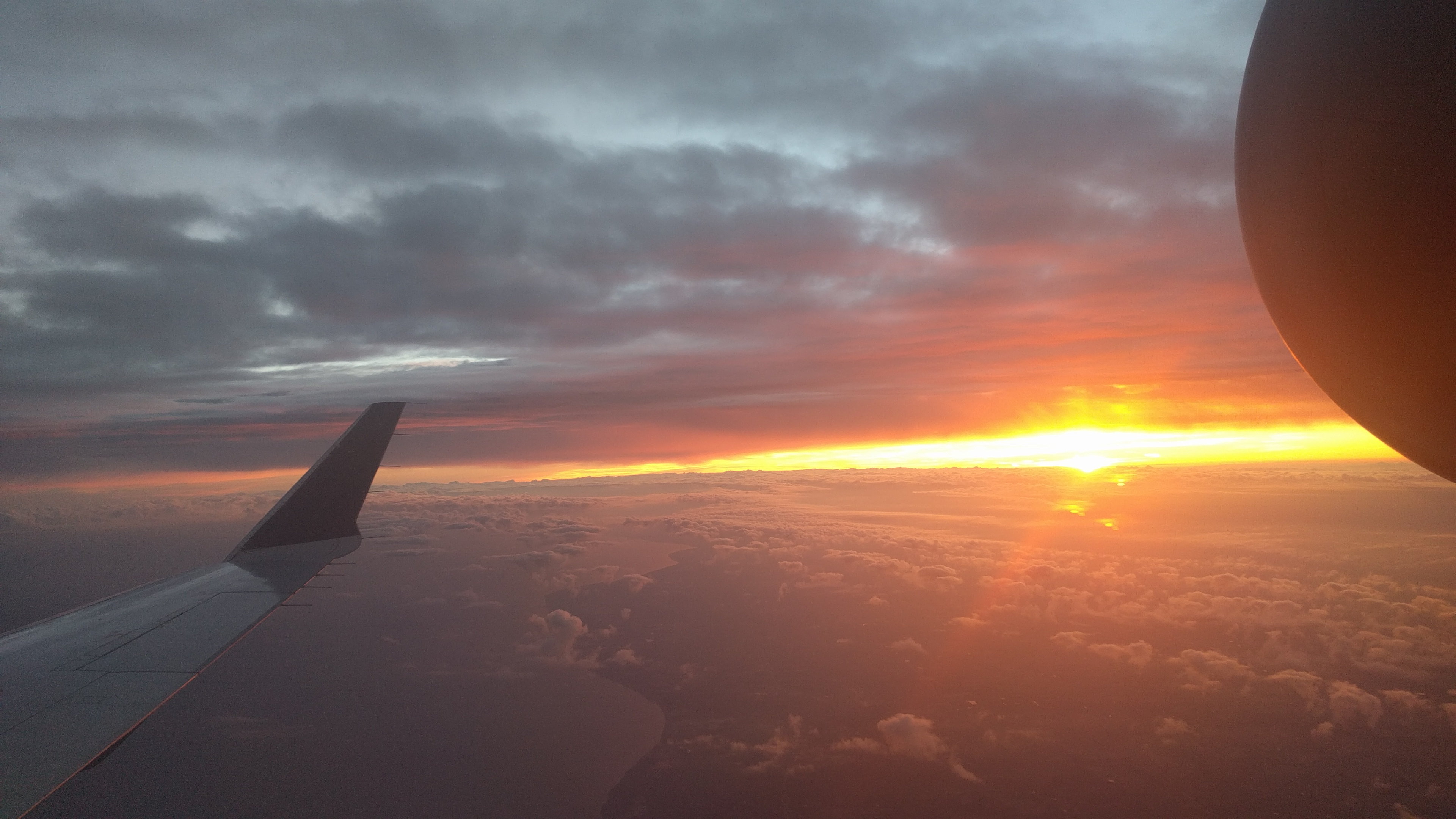 Lighting the interview stage went very similar to the TV stage lighting we did for the Vice Presidential Debates in Farmville, VA. However, we needed to source as much of the equipment as possible locally in Las Vegas rather than shipping it from our home base in Richmond, VA.  Our friends at 4Wall Entertainment Lighting were great at helping us with this. Still, the Kino Flo Celeb TV stage lights required were unavailable in Las Vegas, so some came from 4Wall’s Los Angeles office, where they have plenty of film lighting gear, while we did send a pallet of equipment and stage lighting from Richmond VA as well. 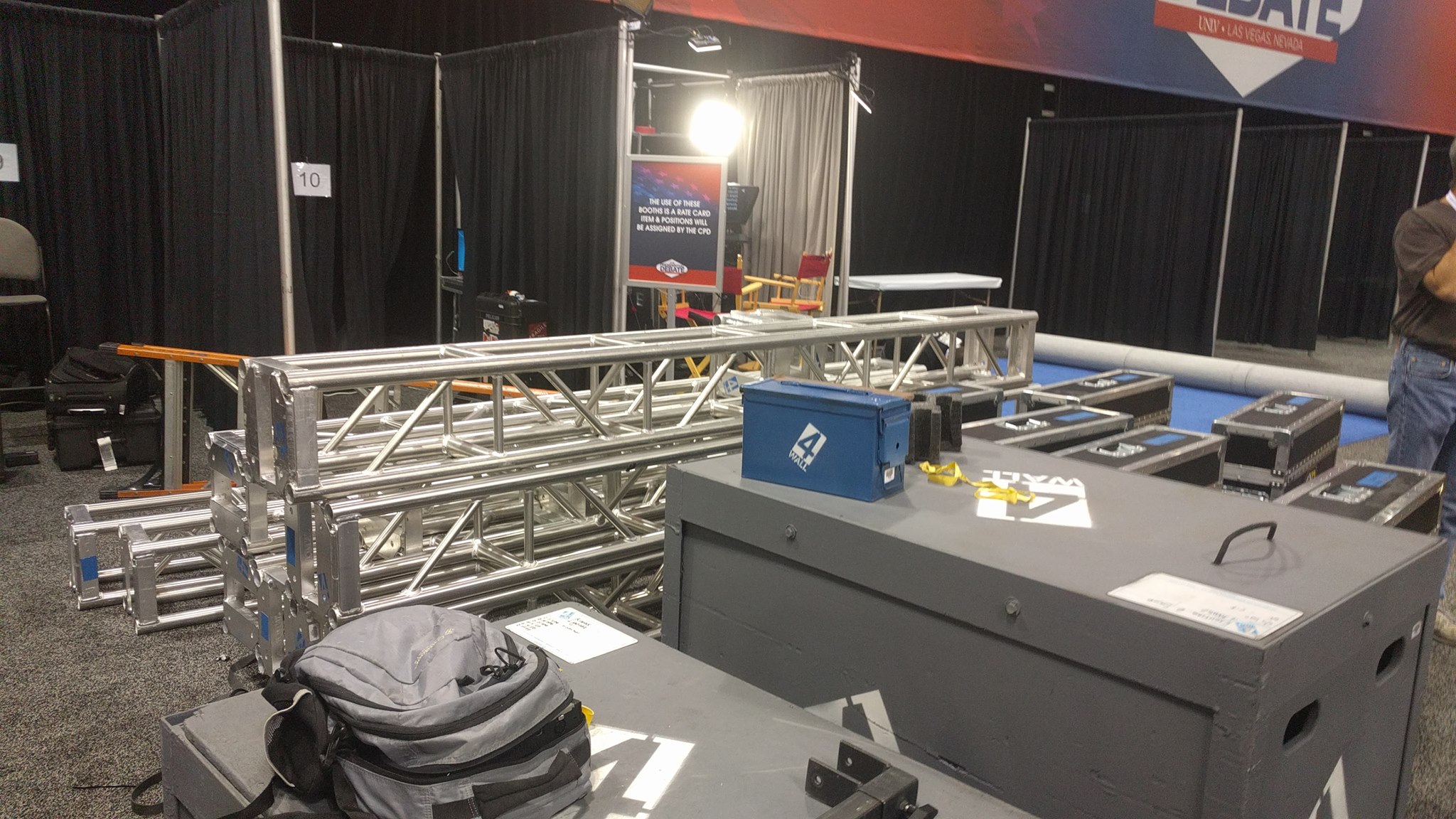 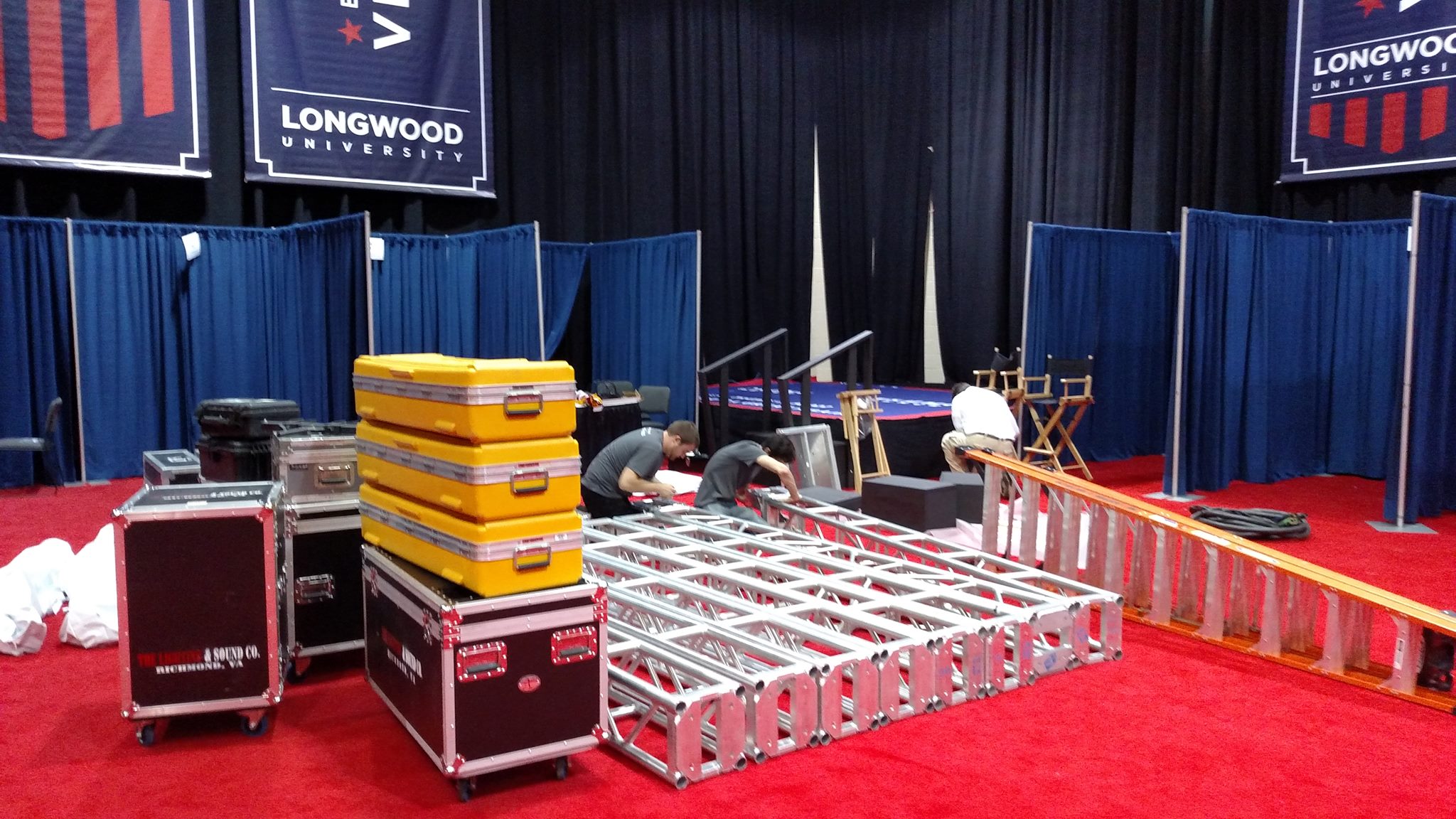 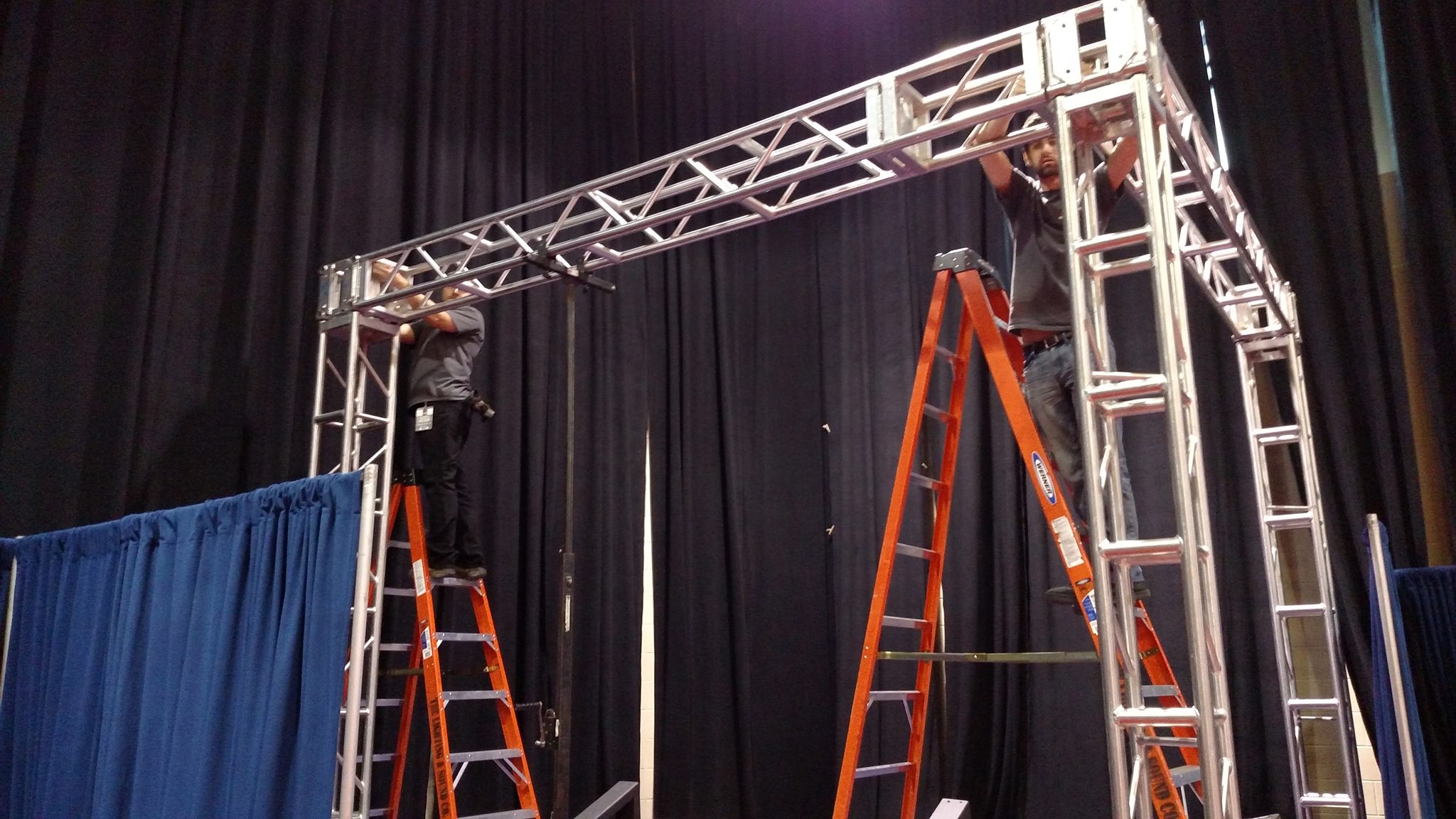 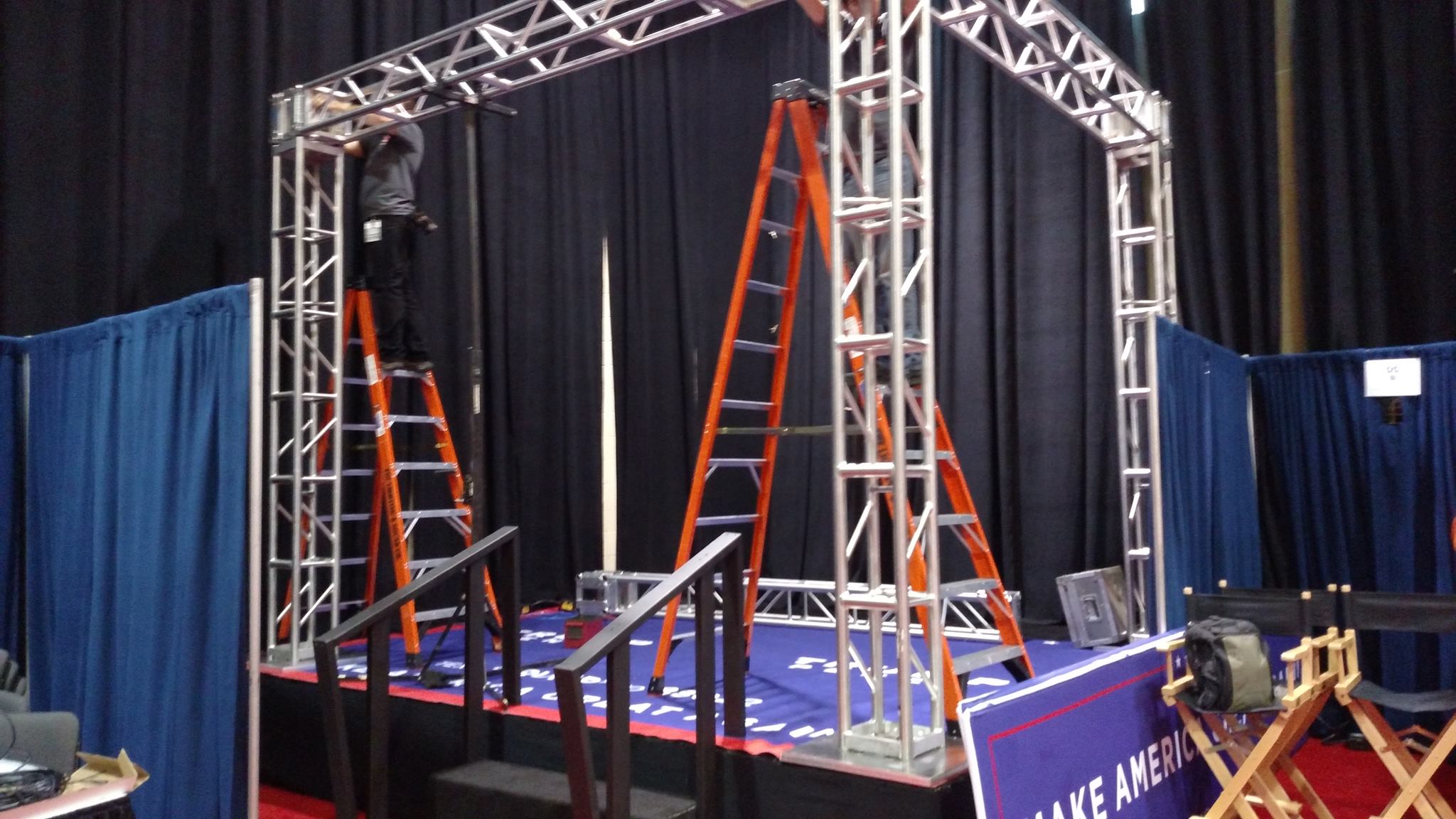